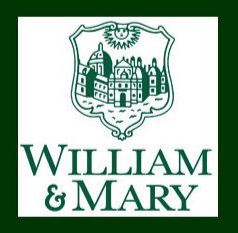 Kevin Cutro, Senior Assistant Dean of Admission for The College of William and Mary, Tackles the College Application and the Essay — “Simple, Sincere, and Good-Humored”

Q. What happens to a student’s application after it’s been received by W&M?

A. Once an application is complete (meaning we received all required components — test scores recommendation letters, etc.), it is read at least two times between December and February — once by a regional dean, once by a non-regional dean. Each dean includes his/her notes and an admission recommendation. After these two reads, most are set aside, before being presented by the regional dean to the entire admission committee for discussion and consideration in March.

If, however, the first two deans feel an application is incredibly strong, it is passed on to senior admission dean to be read a third time. After that third read by a senior dean, the student may be admitted. Conversely, if the first two deans do not believe an application is competitive, it is set aside and reviewed at the end of February before being assigned a wait-list or deny decision.

Q. What do you think would surprise students in how you evaluate an essay?

A. I think students would be surprised by how much we are reading these essays for personality, as opposed to grammar and style. Certainly we use the essay to get a sense of an applicant’s writing ability, however, there is much more room for flexibility in terms of style and structure than students often assume.

Q. How many essays have you read before?

Q. What is one of your favorite essays that you’ve ever read?

A. My favorite essay was from my first year as an admission dean. A student wrote about his role as head of his neighborhood carpool, in which he drove four younger students to and from school each day. He wrote about how he grew into his role as a mentor and friend - learning when to give counsel, crack a joke and lay down the law. The applicant demonstrated a good deal of emotional maturity and gave me the confidence that he would be a great roommate, classmate and member of the campus community.

It’s remains my favorite today, because it was simple, sincere, and good-humored. Many applicants complain that they have no huge personal adversity to write about, yet try to anyway. Many others try to write some grand, over-the-top essay in which they attempt to express deep thoughts. These attempts to impress admission deans often fall flat.

Q. Do you have any advice for prospective students of W&M or for rising seniors?

A. To keep it simple, sincere, and good-humored. I also encourage students to have a hook — an opening paragraph designed to catch a reader's attention. This second piece can be challenging, because it's different than most essays written for school.

Q. How are the final decisions made when accepting applicants?

A. We use a holistic review process to evaluate candidates. “Holistic review” can be a frustrating term to many applicants, parents, and counselors. It’s a little more art than science, but it means that everything - academics, extracurricular involvements and personal qualities - is on the table. Most of the final decisions (except as outlined above in #1) are made by the admissions committee.

Q. Do you ever look at prospective students’ facebook pages, twitters, or instagrams?

A. I don’t look at these during reading season as there’s not much spare time to do so (I see 1,800 applications per reading season). More importantly, I’m not sure that’s an appropriate part of the review process.

Last April, to coincide with the release of admission letters, W&M’s Office of CreativeServices put together a neat ‘tagboard’ for admitted students who posted any tweets or instagram posts with the #wm2018 hashtag. I looked at those. They were a lot of fun, so I guess that counts!

Condensed and Edited by: