Big Decision? Creatively Blocked? Mind in a Bind? Try This. 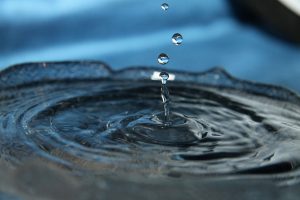 Pregnant with Natalie, I found myself on an incredibly demanding project that required me to come up with multiple creative interactive storyboards that would be produced as computer games to explore math concepts. I’d storyboard hour after hour, and when I found myself exhausted, frantic for an idea, staring at the cursor on the screen, scribbling word webs and making paper chains, knowing all the while I was getting paid for the storyboard, not for my paperclip chain–making prowess, it would send me driving further down the road toward Panicville at the corner of Frustrated and Sleepy. Oh, AND I had to pick up big brother at 4 p.m. from the sitter's. Tick tick tick.

We all have these moments. In fact, many of us experience multiple moments on any given day. A conflict at home. A huge decision (college decision day is on May 1—can you see gears turning?). The Common App Essay. New job opportunity. A job lost.

Perseverance and work ethic are critical; however, overthinking is the equivalent of redlining your car: it’s okay off the line, but you don’t want to keep it there for a 300-mile drive to Aunt Trudy’s sweet beach house. In fact, you probably don’t want to keep it there for more than a ¼ mile because you might just blow a piston. And instead of enjoying the sound of waves lapping up on the beach, you’ll have to call Aunt Trudy and tell her there has been a change of plans.

So, if necessary, once you have gathered your facts, talked to your peeps, written lists and lists of lists, it is time to get your mind out of the bind, as in get IT out of the way. Because overthinking is reactive, and when we are reactive and panicked, we tend not to do our best work, nor do we make the best decisions either.

Back at the corner of Frustrated and Sleepy, I’d get to a point where my paper clip chain was as fabulous as it could be and the time was still tick, tick, ticking away while I treaded water. So I’d take a walk. On one of my walks on a warm July afternoon as I tilted my head toward the sun and studied the cutouts of the leaves against a blue sky, the following thought bubbled up. What if there were a me somewhere that already had finished the storyboard? (Naptime!) A me that had had a good idea and typed out the scene descriptions, the interactive buttons, the dialogue, the pop-up text, and it was already complete? What if that other me was in a parallel universe close enough that I could sit in my other’s consciousness and peer over her shoulder at the screen and read what she had written? (Have you been drinking? No. I’m pregnant.) What if I had access to her ideas already formed, and the mind was just the conduit for expressing those ideas, thoughts, and concepts. (I’m not sure I should say this out loud.) What’s the harm? It would be pretty cool. Instantaneously I found myself at the corner of Intrigued and Alert. What if? I could try. And, then I surprised myself.

Scientists are still unraveling and debating and deepening their understanding of quantum physics and debating the multiverse theory. But I don’t need to understand the inner workings of the creative forces any more than I would want to learn how to write the equations to describe how our planet spins in its orbit. Here’s the thing, I don’t need to understand it (neither do you), but the more I have allowed my mind to quiet and sit in the space, BE in the space where I am confident that the work I need to do will unfold, the easier it comes.

There are countless techniques, but here are a few that work well for me.

Listen and watch your thoughts. Are they aligning with the left column or the right? If you find yourself mostly talking in curious mindspeak, then shift deeper into those thought patterns. Say them and then feel and visualize what that solution would be like for you. If you are firmly swirling in the binded mind, plagued with fear-based racing thoughts where everything feels like a struggle, then rewrite those thoughts into curious speak.

Regardless of where you stand on the multiverse theory, this exercise has proven to me to be effective. To begin, it is quite helpful to get yourself physically out of the space where you are feeling blocked. Move. Walk, do a few yoga poses, go for a drive, take a bike ride, or throw a toy for your dog to retrieve. You’ve got an activity that works for you; we all do.

If you can’t physically move. Say you are sitting for the SAT and draw a blank on what to write about. Close your eyes and imagine a you who has already finished planning and writing the best essay you have ever written. Imagine you are that YOU and feel deeply to your core the sensations. Satisfaction? Creative? Settled? Competent? Confident? Allow yourself to have accomplished the goal, found a solution, settled the dispute, landed in the next best place. The more fully you can imagine what this feels like affects the speed and effectiveness of the exercise.